In Spring of 1997, preparation efforts began for what would turn out to be one of the most threatening floods in recorded history. Volunteers answered the call to help with sandbagging efforts that would help fight the flood that came. The community again answered the call and raised sandbag dikes to protect Fargo-Moorhead in 2001, 2006, 2009, 2010, 2011, 2013, and 2019 and prepared sandbags as recently as 2020. During each of these years and in many of the previous years, ‘the spirit of the sandbagger’ brought everyone together to save the community.

The Spirit of the Sandbagger Project

The Fargo Lions Club, a Fargo service group that was chartered in 1921, sought to create a legacy project to celebrate  its 100-year anniversary in 2021. What better way to commemorate 100 years of community service than a monument, as envisioned by Lion Mike Benson, to recognize the spirit of community service, as exemplified by sandbagging? To honor those who played a role in protecting our city from historic flooding, our club is working to develop a lasting structure to be placed on two existing pillars at Riverside Gardens to the east of City Hall.

Previous legacy projects of the Fargo Lions Club include the original Statue of Liberty celebrating our 50th anniversary and located on the Main Avenue Bridge, Nature’s Playland structures at the Red River Zoo, and establishment of the Lions Conversancy Park in South Fargo. 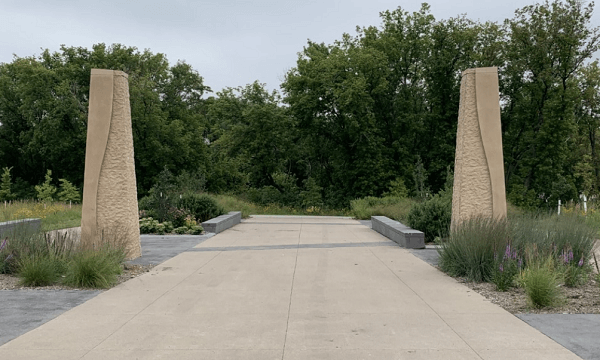 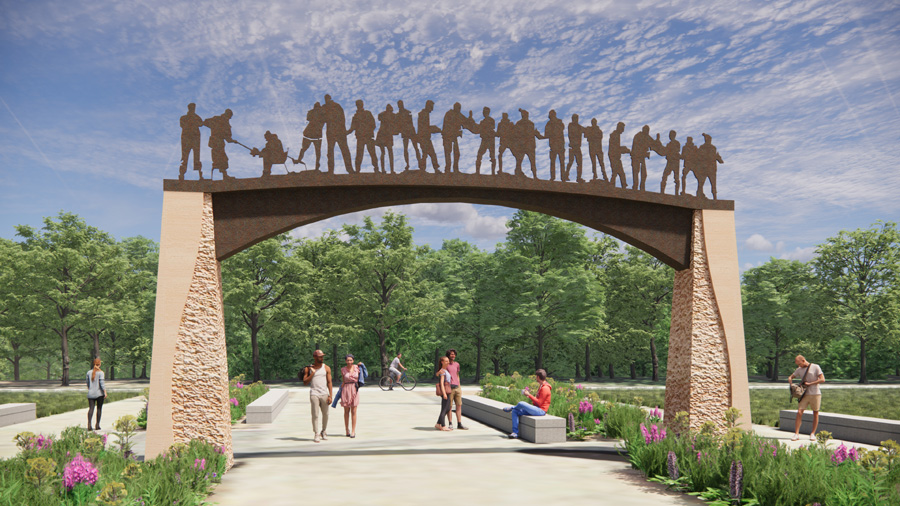 A Request for Proposal was issued in 2020, resulting in the selection of professional artist Karen Bakke of Bakke Art & Design and metal artist/fabricator Brock Davis of Davis Designs to further develop Benson’s vision and create a gateway arch between the existing city-owned pillars to celebrate the spirit, determination and success of the city’s residents of all ages, sexes, and backgrounds in fighting the floods. It will highlight the importance of the city’s relationship with the river - through turmoil and calm - and provide a lasting legacy for the community as a whole. 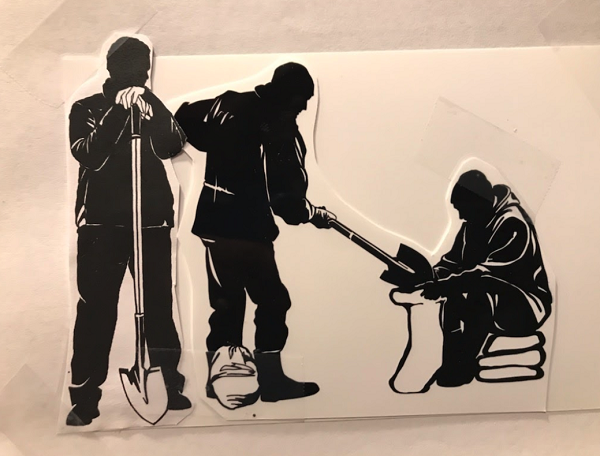 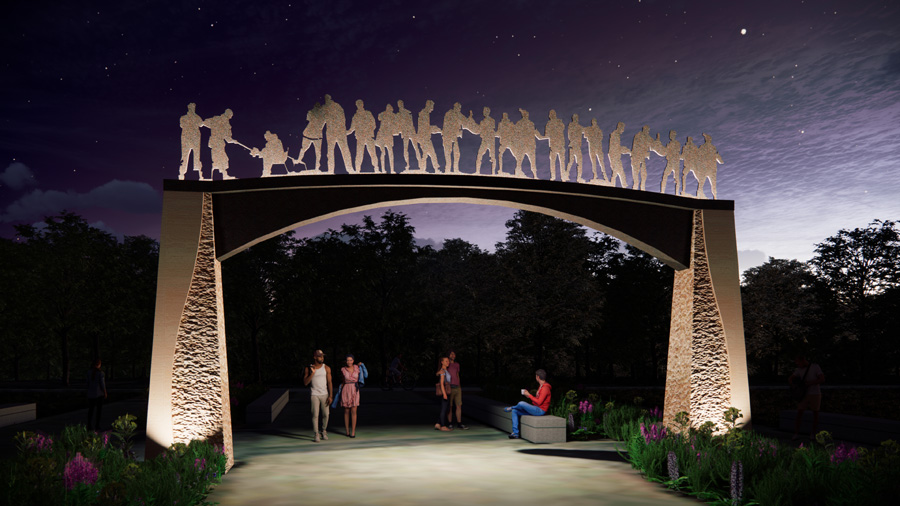 With the help of our supporters, fabrication of the structure and the sandbagger figures will begin. Once completed, the artwork and bridge structure will be over 28 feet long, 2 feet deep, and over 6 feet in height. Installed, it will be 17.5 feet high. Stay tuned for additional updates or donate today to help us meet our goal and receive an exclusive invite to our ribbon cutting.